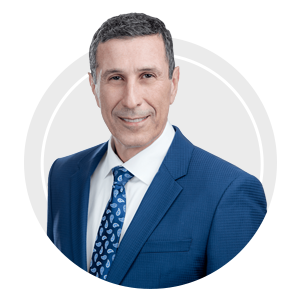 After completing an undergraduate degree in physical education at York University, Dr. Nick Vaccaro graduated from the Canadian Memorial Chiropractic College in 1983. Since then, he has maintained a successful private practice and has also received his designation from the National Strength and Conditioning Association as a Certified Strength and Conditioning Specialist.

Despite being passionate about his clinical practice and profession as a chiropractor, Dr. Vaccaro has been privileged to spearhead many unique and diverse ventures over the last three decades. During the late 1980’s he successfully developed and patented the Restair Mattress that was manufactured in China and sold in Walmart stores throughout the United States.

In the early 1990’s, he then worked closely with the back-to-back World Series Champions, The Toronto Blue Jays, where he represented many Major League Baseball players in various business endeavours across North America. In the wake of the 2004 NHL lockout, Dr. Vaccaro received international attention when he, along with The Golden Jet, Bobby Hull, mounted an attempt to revive The World Hockey Association; a league which, in the 1970’s, gave birth to the Quebec Nordiques, the Edmonton Oilers and the Winnipeg Jets.

A decade later, in 2015, with an Ontario Center of Excellence grant, Dr. Vaccaro successfully completed the first human tissue study at Brock University that validated a proprietary technology to isolate stem cells from fat tissue and differentiate them into bone and cartilage. Since that study, Dr. Vaccaro has met with many of the top doctors and scientists in the world of regenerative medicine to expand his knowledge about this emerging and fascinating field. These experiences have led Dr. Vaccaro to work toward developing a clinical trial utilizing regenerative medicine at The Wellness Suites for the treatment of degenerative arthritis.

During his career, Dr. Vaccaro has had the honour of caring for thousands of mature adults and, as a result, he has gained extensive experience in Functional Restoration. Frustrated with the lack of integration in the field of health care and coupled with a broad base of experience in both business and medicine, Dr. Vaccaro began to study the emerging discipline of Functional Medicine. Convinced that the public deserves a better Health Care model at an affordable price, Dr. Vaccaro embarked on the mission develop the business model that is the foundation of The Wellness Suites Condominiums and The Wellness Suites Functional Medicine Center.